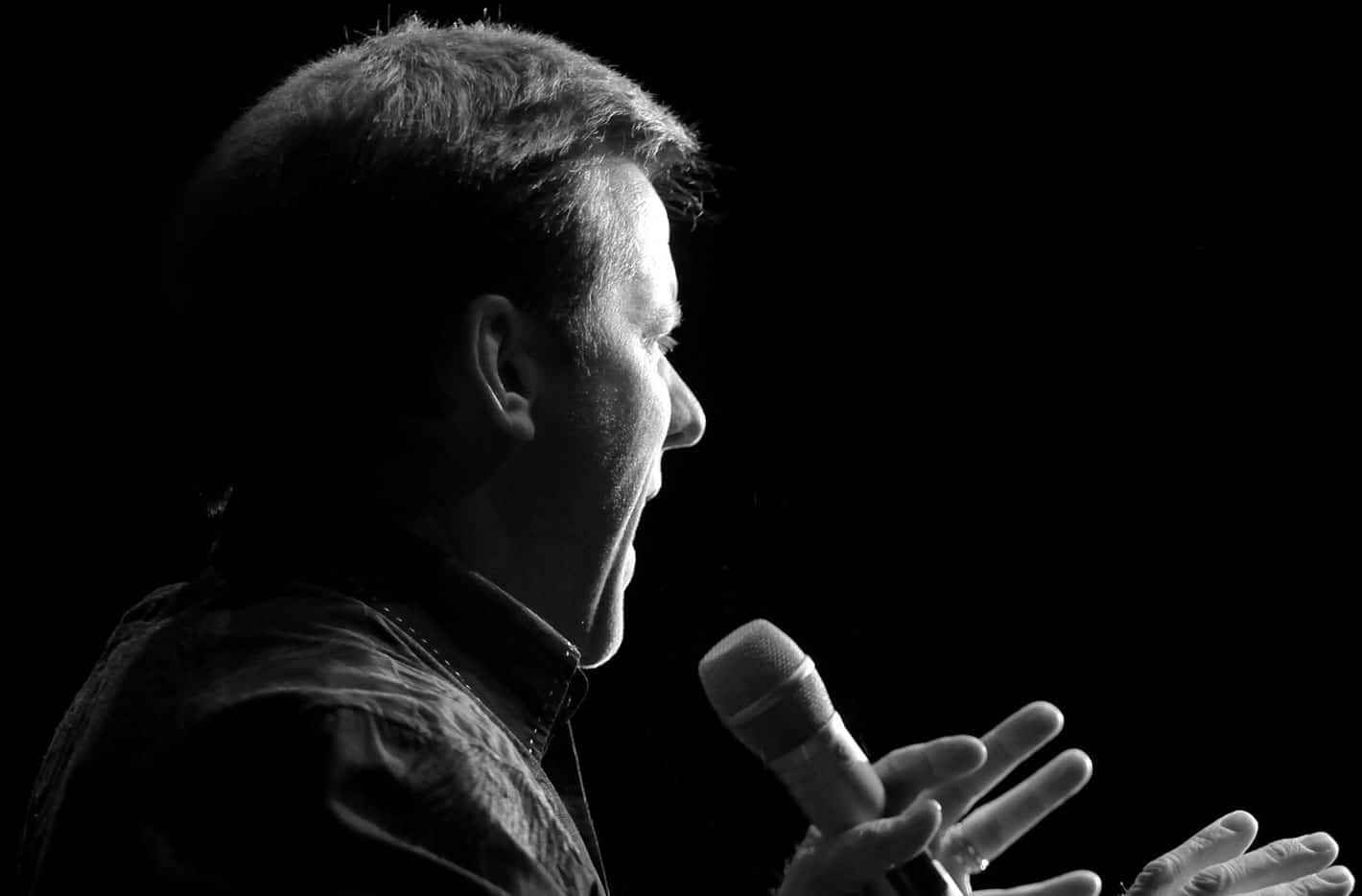 America’s favorite ventriloquist has just released his next Netflix Originals Stand-up Special, “Jeff Dunham: Beside Himself”, taped June 21st and 22nd at the American Airlines Center in his hometown of Dallas, TX. In addition to his usual cast of accomplices, Dunham introduces a brand new, never seen-on-TV character who gives his unique take on what it’s like to work at the White House under Trump. Following the success of 2017’s “Jeff Dunham: Relative Disaster,” the new show is Dunham’s second special for Netflix Originals, and the ninth in his impressive string of record-breaking stand up television events.

Dunham has built an entertainment empire over years of non-stop touring and performance innovation. With 10 million followers on Facebook and over 2.1 million YouTube subscribers, amassing well over a billion views, the comedian/ventriloquist has carved out his own unique space in the comedy world. His accomplishments have led to record-breaking viewership with his standup specials on NBC, Netflix and Comedy Central. His astonishing arena-packing power has put him on par with major music acts such as Bruno Mars and Metallica.

A Texas native, after graduating from Baylor University, Dunham moved to Los Angeles and soon became a sensation on the national comedy club circuit. He later conquered the comedy world by becoming a multi-platinum selling DVD artist and achieving record-breaking ratings on both cable and network TV. His 2015 stand-up special, “Unhinged in Hollywood,” debuted on NBC Primetime and ranked as the time period’s top non-sports program on the Big 4 in every key measure. The special was re-broadcast on Comedy Central and was the top rated special of the year for the entire network. Dunham’s previous stand-up specials, “Arguing with Myself,” “Spark of Insanity,” “A Very Special Christmas,” “Controlled Chaos,” “Minding the Monsters,” and “All Over the Map,” have garnered record-breaking numbers by either claiming “most watched” or “highest rated” on Comedy Central.

Dunham has made many cameo appearances across television and film, from the Emmy Award-winning comedy series “30 Rock,” “Angie Tribeca,” and “Dinner for Schmucks,” starring Steve Carrell and Paul Rudd.

His autobiography, “All By My Selves: Walter, Peanut, Achmed and Me,” was on the New York Times’ Best Seller list three weeks in a row. Dunham has also been awarded “Billboard’s Top Comedy Tour” for three years based on box office sales. Dunham is currently on the road through the end of the year and well beyond, with his cast of characters.

Adding to an amazing list of recent accomplishments, Dunham’s contribution to the world of show business and comedy was recognized in 2017 when he received a star on the “Hollywood Walk of Fame,” commemorating over two decades of superstardom. 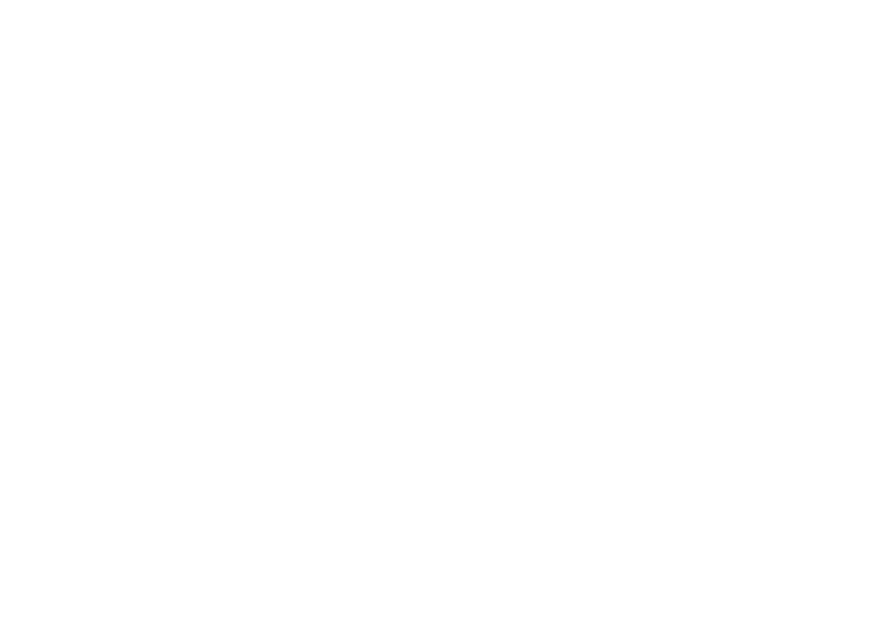 Jeff Dunham donates a dollar from each of his concert tickets to local charities as he tours the country, in appreciation of the loyal support of his fans in the communities he visits. Jeff directs his charitable efforts to those in need, both in crises and over the long term. The Jeff Dunham fund has contributed over 1.3 million dollars to date.

Send all your fan mail to: fanmail@jeffdunham.com

If you need to make an inquiry about merchandise from the Official Jeff Dunham Store, please email: storehelp@jeffdunham.com 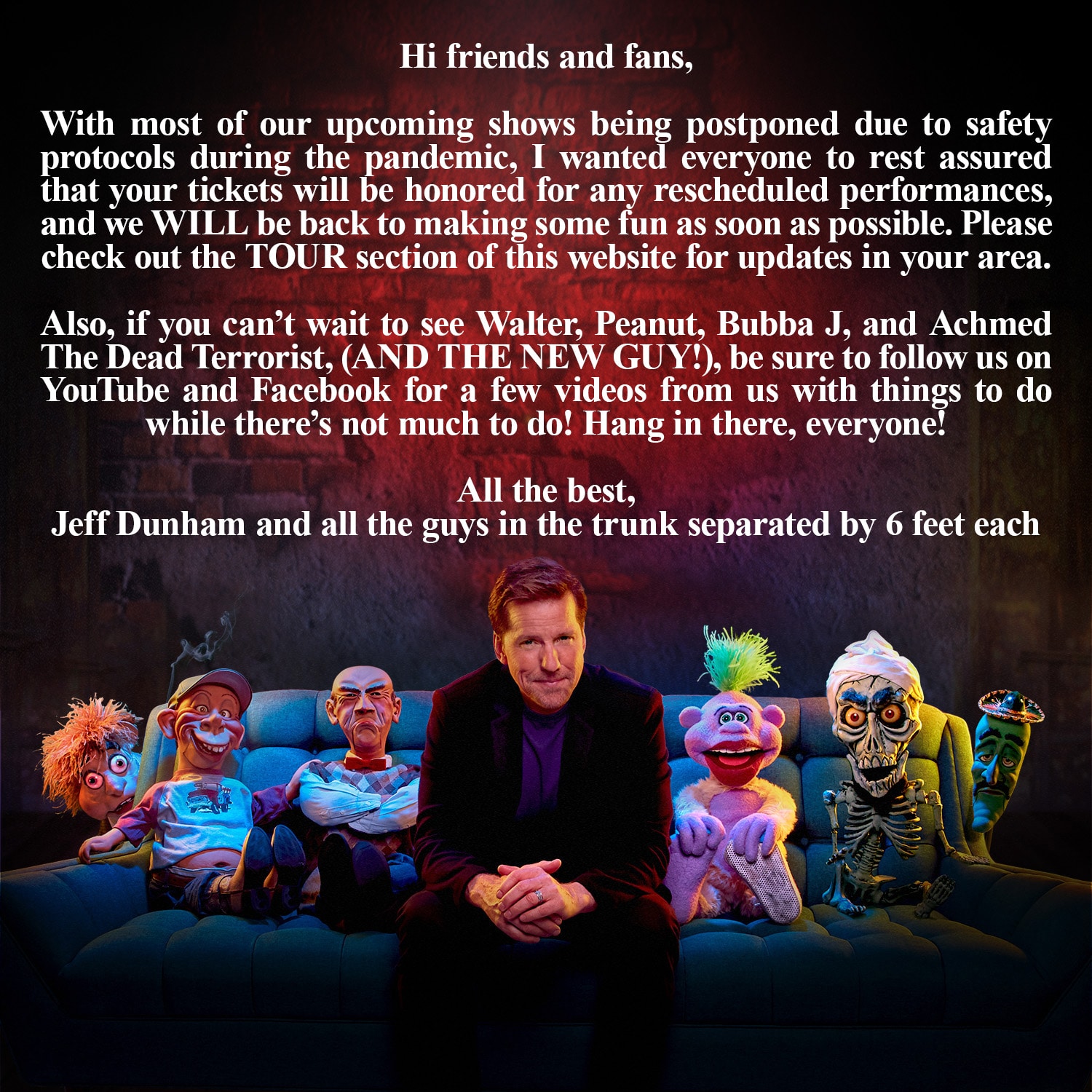