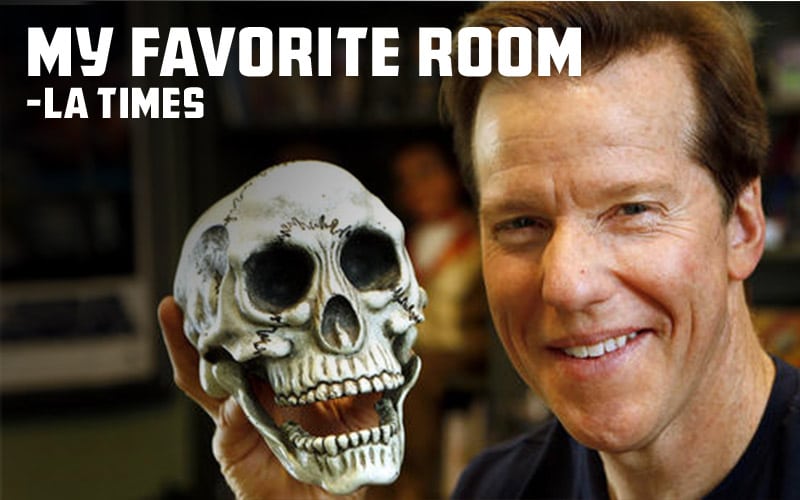 The first thing you notice when entering ventriloquist-producer-comedian Jeff Dunham’s home office is the 7-foot, full-size replica of Robby the Robot, a character from the 1956 film “Forbidden Planet.”

“He’s fully functional. He lights up. He talks. He moves,” said Dunham, 54, who bought the 7,200-square-foot Calabasas home with his wife two years ago.

Bookshelves house rows of toys; some are keepsakes from Dunham’s childhood and college years, others are more recent purchases to replace toys he always wanted or those that were lost to time or one of his mother’s decluttering sprees.

The puppeteer was named Forbes’ fourth-highest-grossing comedian last year and is currently on tour, performing 10 to 12 shows a month.

What makes the room special?

Many of the jokes I write and the bits and the routines I come up with are born in this office. The dummies are created here. So it’s a special place.

Click here to read the full article on LA Times.